As Eric Burdon sang about many moons ago, it was another one of those “warm San Franciscan nights.” It was early October, and the fall season had just begun. The scene was set for a pioneer of Hip Hop’s Golden Era to introduce listeners to his latest album, The Falling Season. On the strength, it’s dope.

San Francisco’s PianoFight was the perfect spot. With two (2) theaters in under one (1) roof, the club could accommodate a couple of mobs simultaneously. Conversely, the stages are close enough that a headliner could easily reach out to a fan and give them a pound. Oh, I mean, they’d shake their hand.

A figure leaped on stage like an excited grad about to receive a diploma. He donned a burgundy cap and gown that shimmered under the lights. Once he grabbed the mic, he clocked in and went right to work.

The crowd went nuts. Here was a Hip Hop legend whose resume spans nearly three decades demonstrating his expertise in his craft. Although it was a privilege to be in his presence, it was his skills that had us awestruck. He came to catch wreck, and he was definitely in full effect.

He shed the cap and gown down to a tee-shirt and shorts and crowned himself in a blue retro Dodgers cap. With roots in do-or-die Bed-Stuy, there was never any question that Masta Ace fully represented Crooklyn. The BK has been home turf for countless rappers other than Jay-Z and Biggie Smalls; however, Masta Ace also includes ‘hood homies like Spike Lee and Mike Tyson when he’s flipping the script.

He listed his six-album catalog, humbly omitting his numerous collaboration albums. When you start your career joining forces with icons like Big Daddy Kane and Kool G Rap, you get your pick of the litter.

He recalled being a child and listening to his mother’s records and how they influenced the samples he chose to get busy on later in life. While he reminisced, Earth, Wind, and Fire played in the background. After his explanation, he kicked a verse over Earth, Wind and Fire to pay homage to the soul breaks.

In light of his Mother’s passing in 2005, Masta Ace did a tribute album. It was produced by one of his contemporaries, MF Doom, who’s been on the scene since KMD’s controversial references to “little black sambo” on their debut album. The audience was moved by the admiration he held for his Mom and the passion he brought as he expressed his respect for her in his track, Son of Yvonne. Despite Hip Hop often being stereotyped as hypermasculine, Ace keeps it real and reveals its sentimental side.

As he continued to pay homage to those no longer with us, he gave honorable mentions to other late greats of our Hip Hop culture. While performing, I Did It, Masta Ace raps about doing it for Sean Price. He also rhymed over an Ali Shaheed Muhammed beat and explained how one of his lyrics referring to the Low End was a tribute to a Tribe Called Quest. With that, he gave props to the late Phife. He also gave a shout out to Hip Hop’s loss of Prodigy. Here’s one of the illest showing love for other dope MCs. Dig that.

He tested the crowd’s Old School knowledge by spitting the first line of some Hip Hop classics and seeing if we could complete the verse. He encouraged the audience to seek counsel from Hip Hop’s great Kevvy Kev, DJ of the world’s longest running Hip Hop radio show, The Drum, of Stanford University’s KZSU. Although Kevvy Kev was there, no one needed to consult his wisdom to follow Masta Ace’s lead on classics from popular rap artists including Rob Base, Run DMC, Slick Rick, Biz Markie, and Rakim. Don’t sleep. Some of these True School heads must’ve been doing the knowledge of the culture too.

Masta Ace has always claimed his borough, Brooklyn, as his home, and his career has outlived the so-called east-west coastal beef of the Bad Boy and Death Row era in the nineties. In fact, he actually bridged the gap with some tracks with heavy bass lines that were more typically used on the left coast. As he performed such songs as The Ride, Sitting on Chrome, and Born to Roll, we fans could appreciate the diversity that he brought over the years with a broad variety of musical tastes in instrumentals.

Other jams he stunned his listeners with that eve included Young Black Intelligent, The Story of Me, and DaPro, the latter which reinvented the hook from the classic Doug E. Fresh and Slick Rick hit, The Show. While he crushed the mic on Acknowledge, his cut dissing Boogeyman and the High & Mighty, his left hand was balled into a fist like he was ready to take flight on sight if they stepped foot in the building. IN contrast, we all felt the love and joy he expressed when he poured his feelings into joints like Beautiful and his love song Brooklyn Masala. You can’t front on Ace’s versatility of subject matters. He flows from one topic to another seamlessly, and his ability to tell a story captivates listeners, straight up.

His body of work is so deep, he gave the audience an opportunity to suggest songs that they had hoped to hear that evening that he hadn’t performed. A true crowd pleaser, he didn’t hesitate to give the people what they wanted and rocked many tracks requested. Even if he didn’t have the instrumental track for the song, he rhymed his verse over an alternative beat, so we got the live, exclusive remix version. Wanting to hear a song from his debut album, I asked for Me and the Biz. It was the only song he performed from his Take a Look Around album, and he did not disappoint us with his signature off-beat, on-beat style which propelled his early success and solidified his stardom in the Rap Game.

With his diligent work ethic, Masta Ace is frequently on tour and in the studio, he even asked folks who had to go to work the following Monday and gave props to go-getters that are constantly on the grind. To see a grand Masta shine in his natural element is, literally, watching poetry in motion. I advise you to peep him the next chance you get. Meanwhile, if you’re not a privileged owner already, cop his entire album collection. Listen to what a Masta artisan sounds like, and thank me later. Peace and blessings. 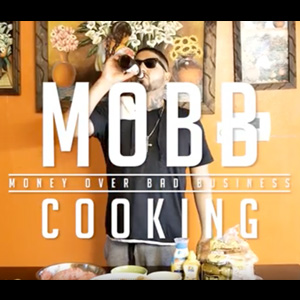 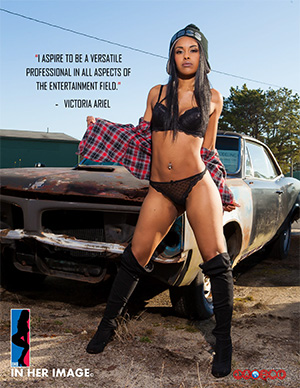